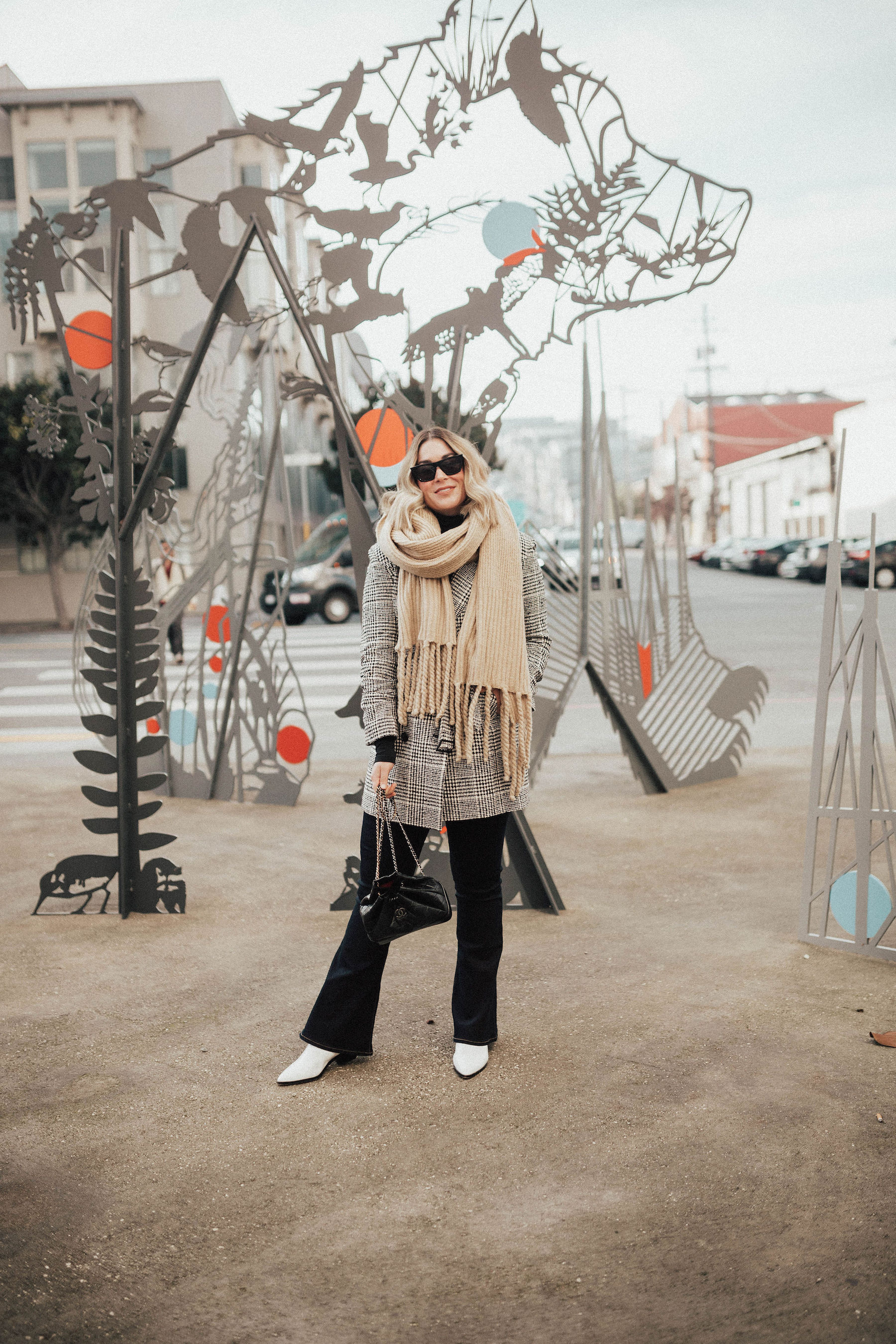 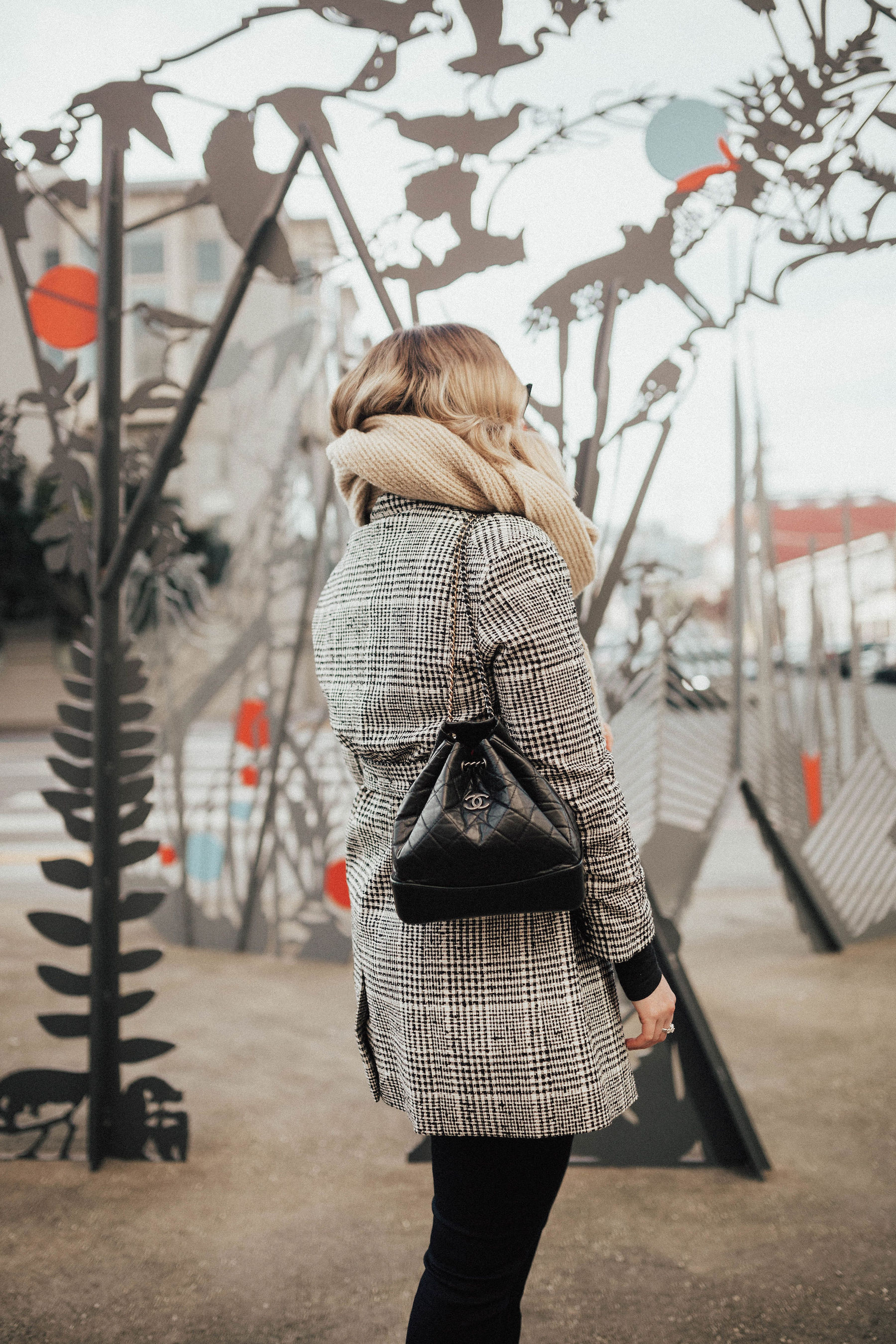 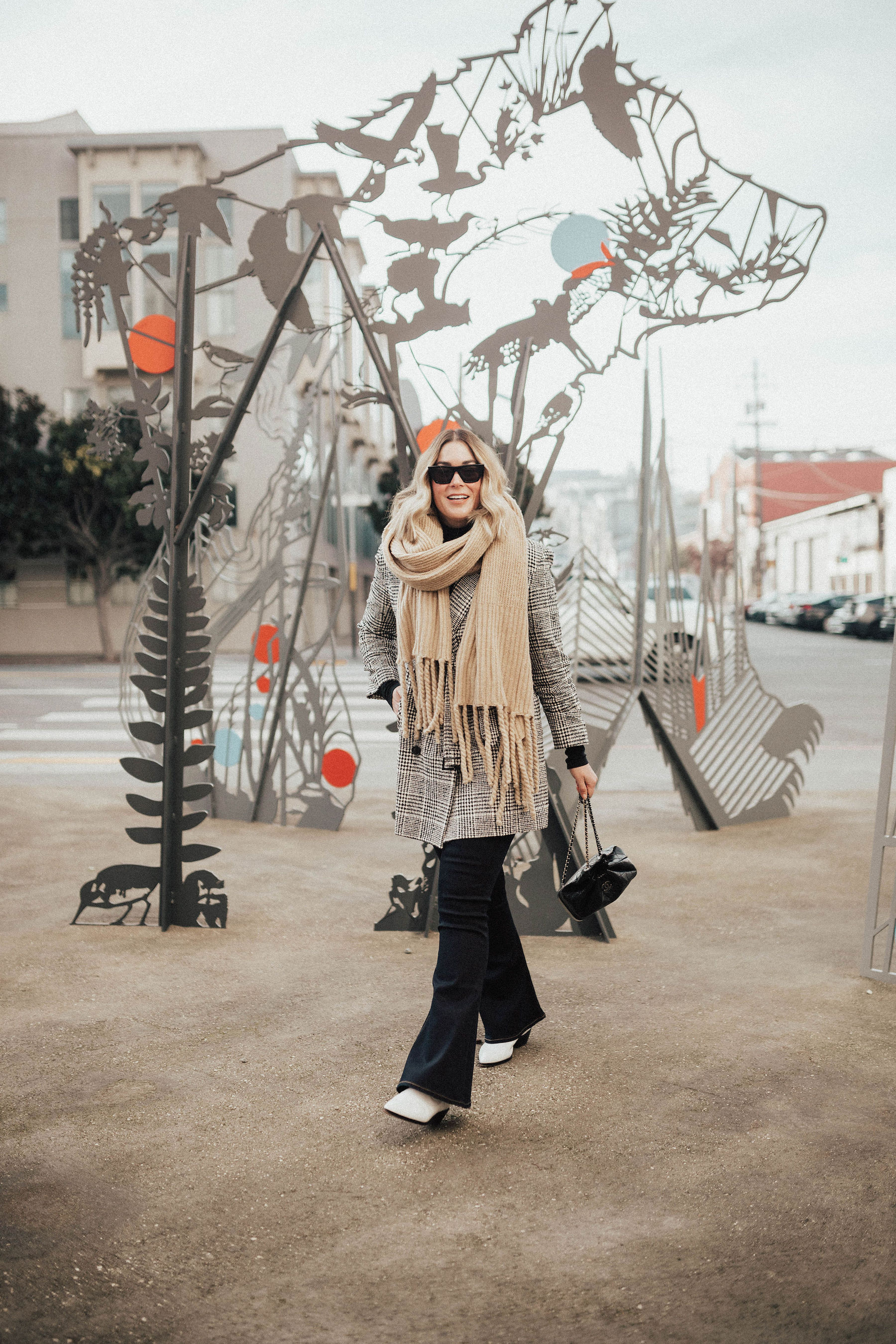 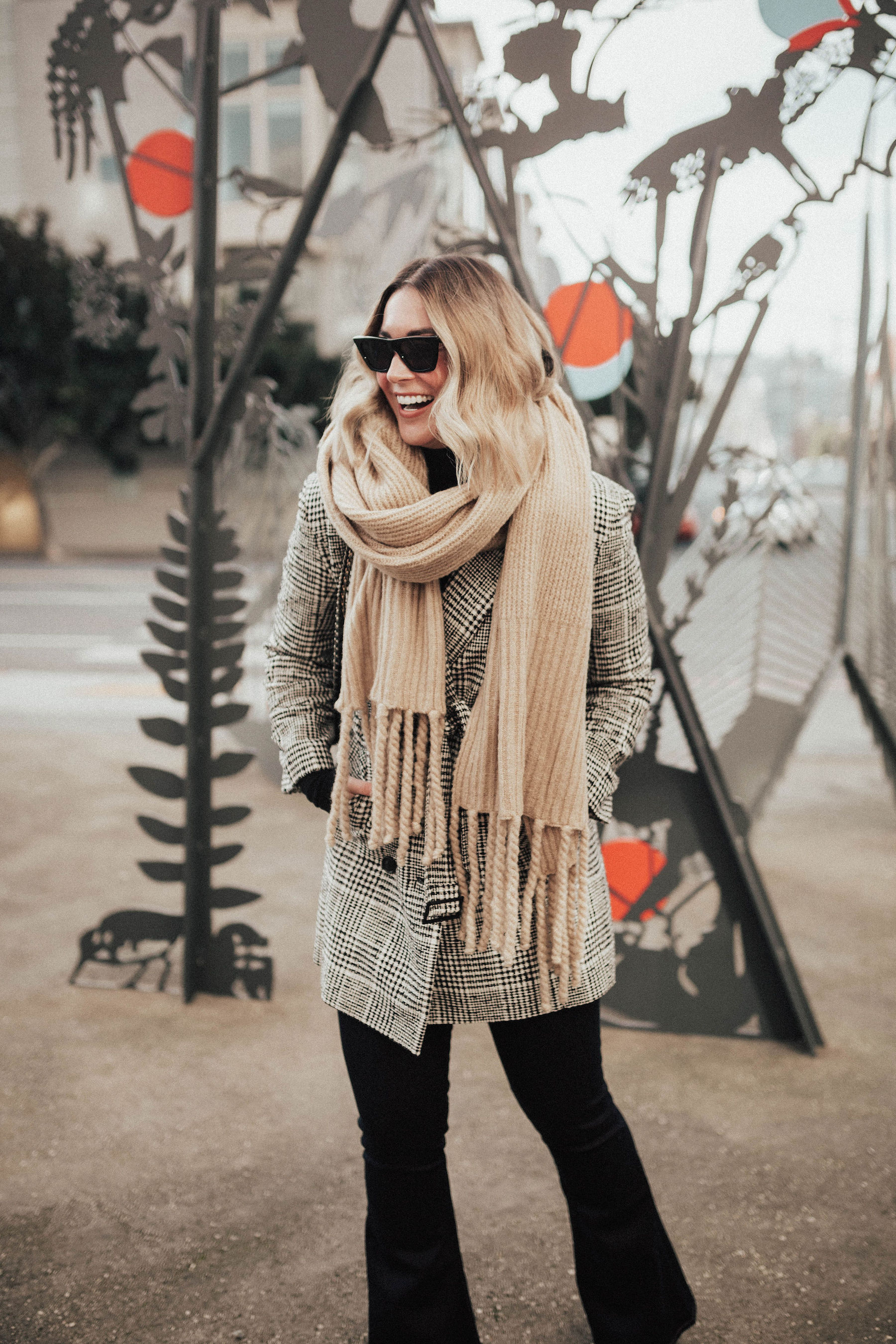 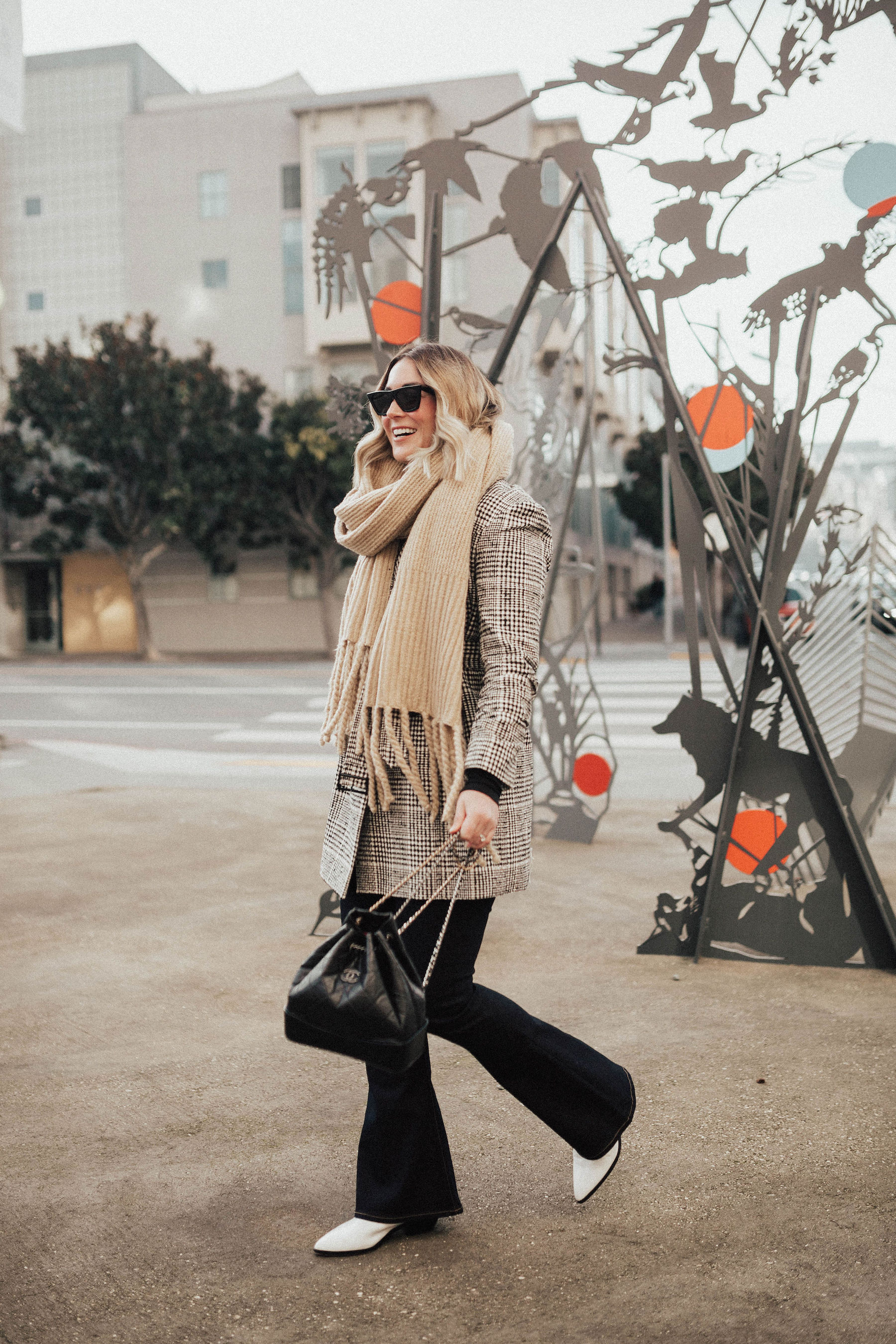 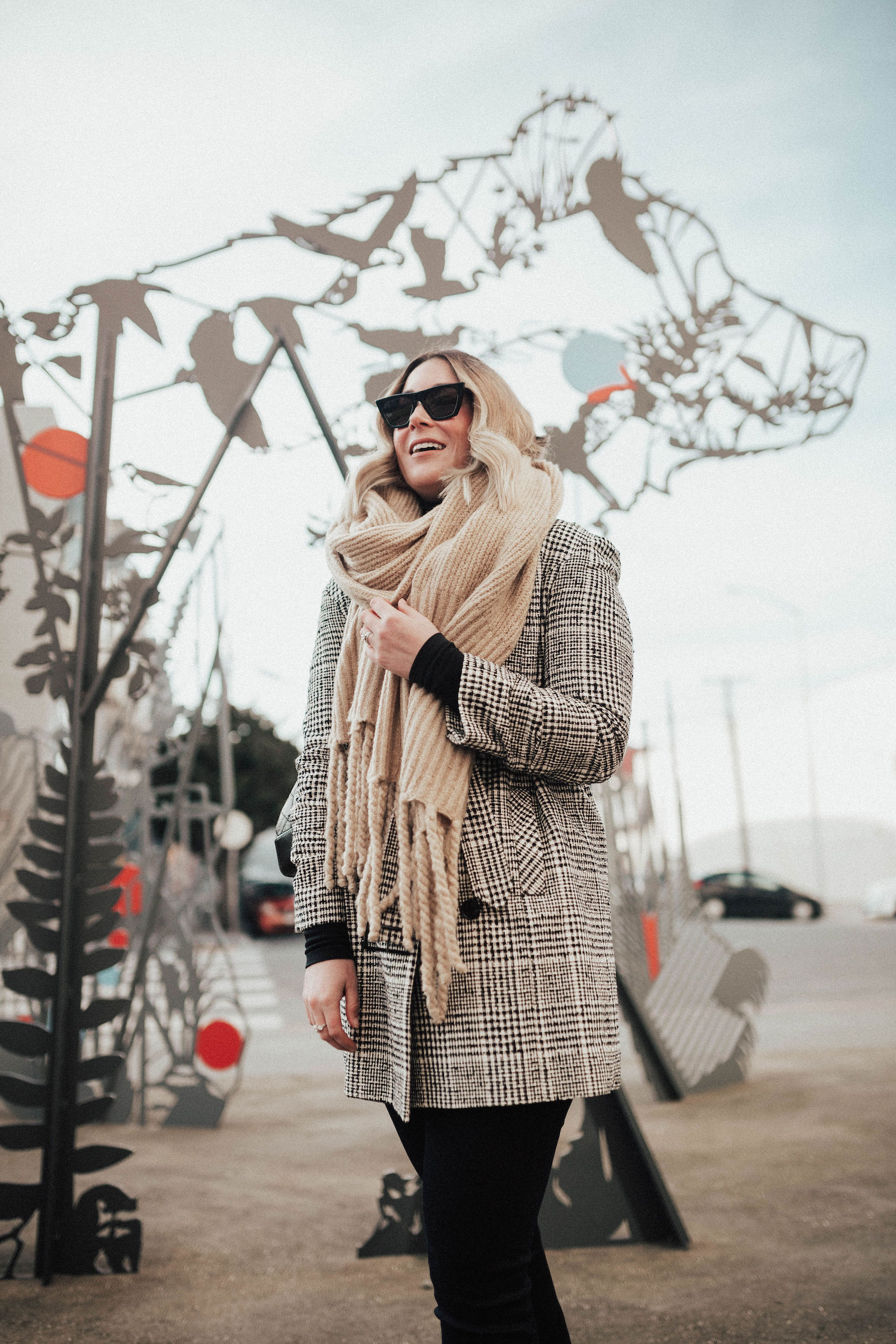 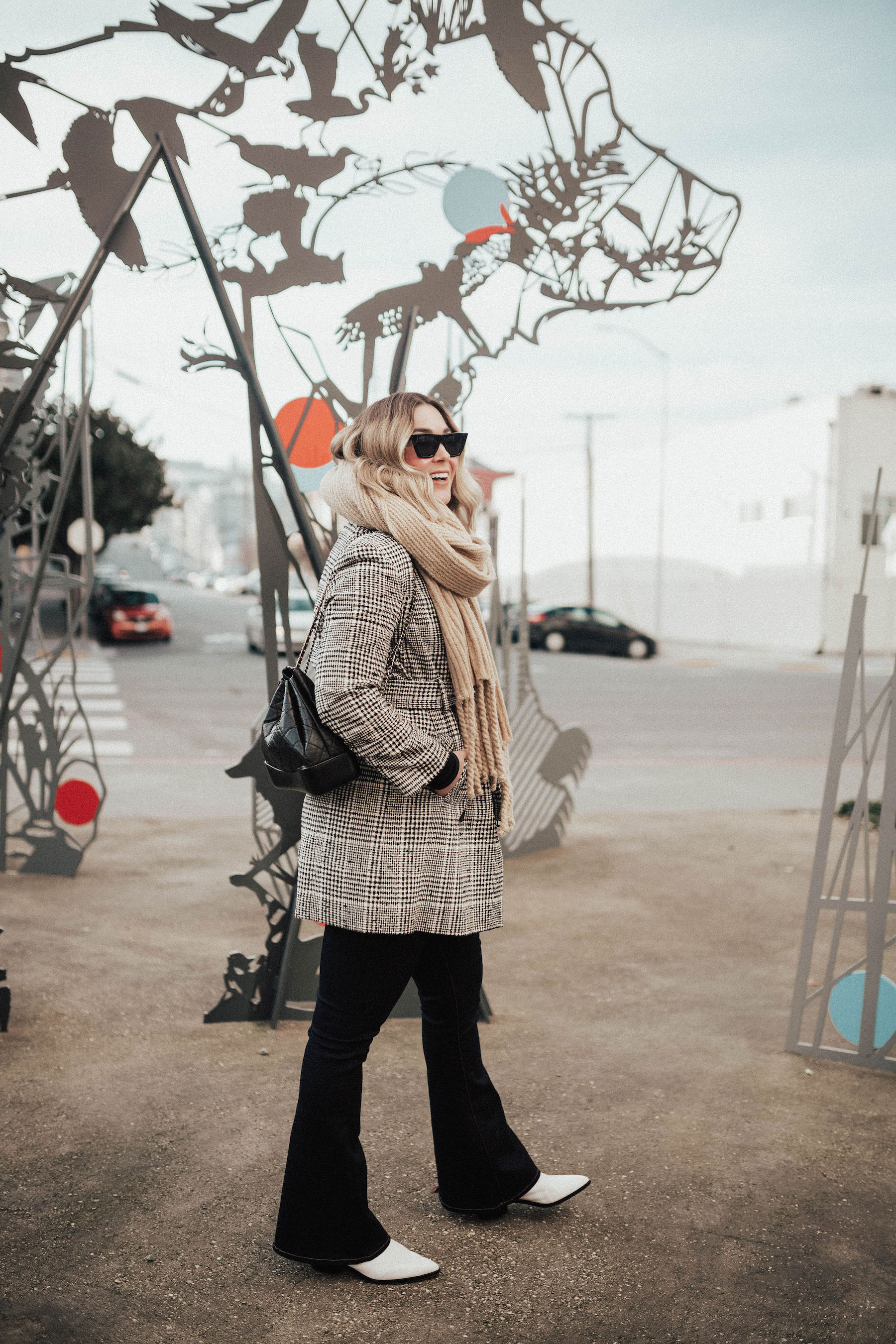 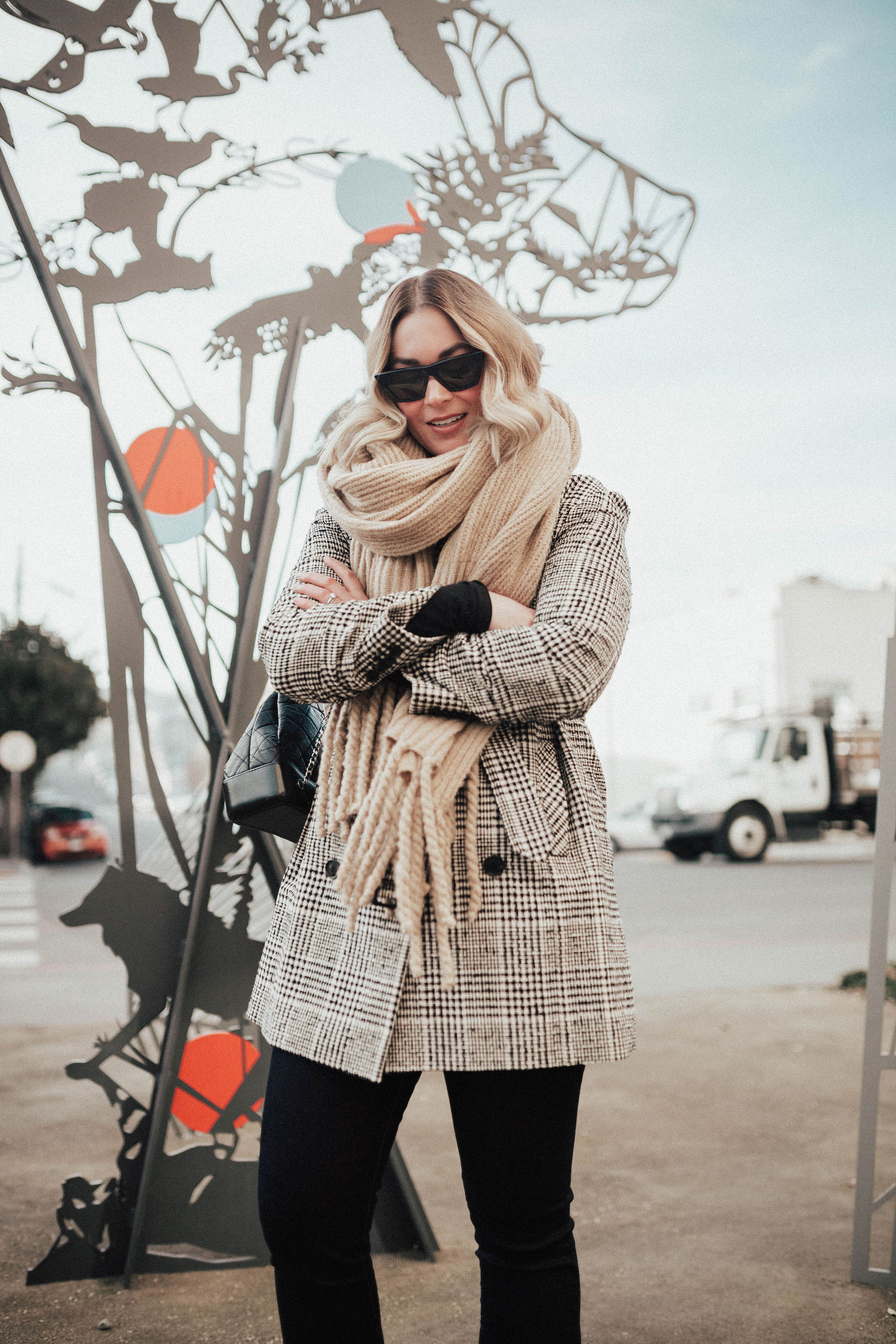 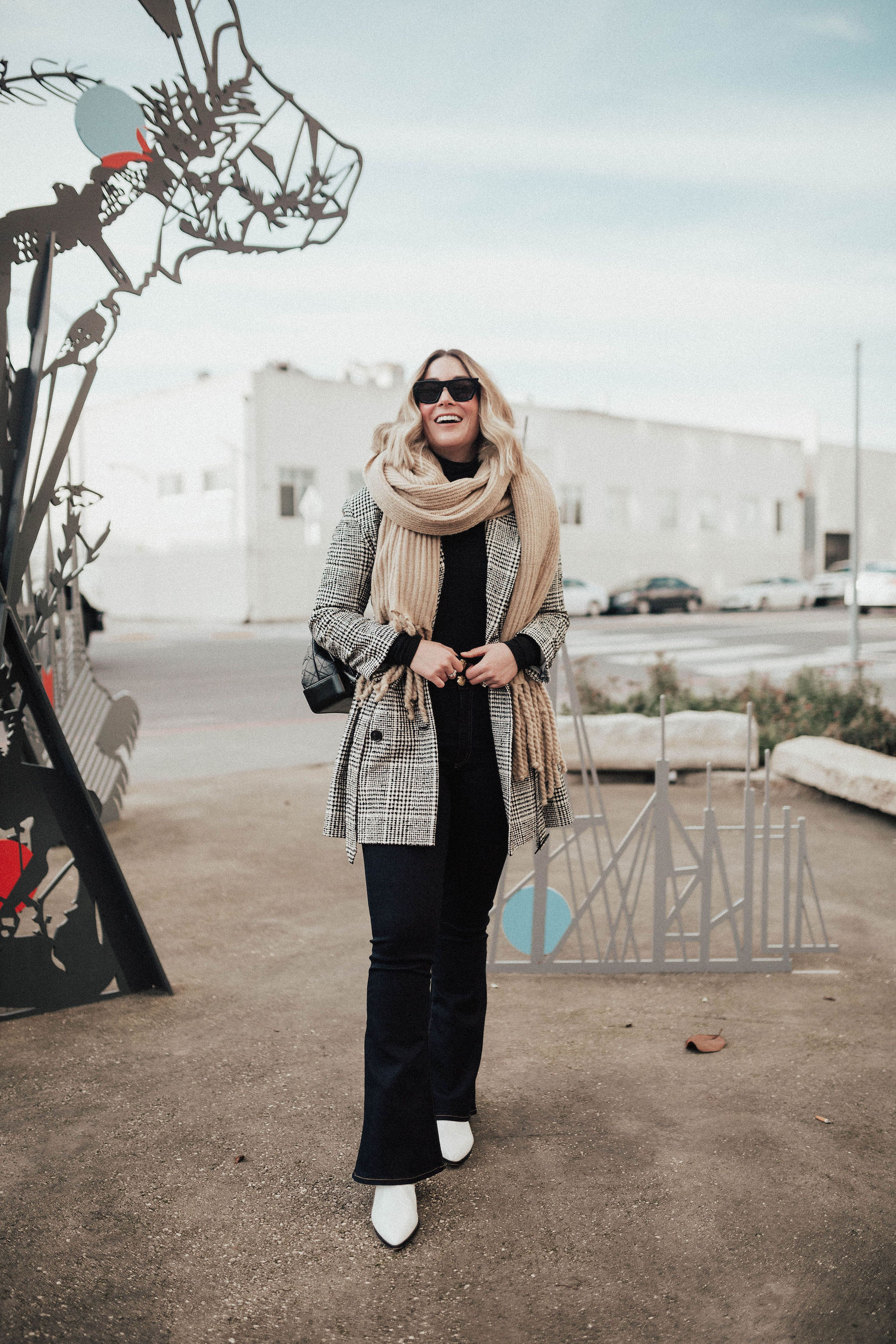 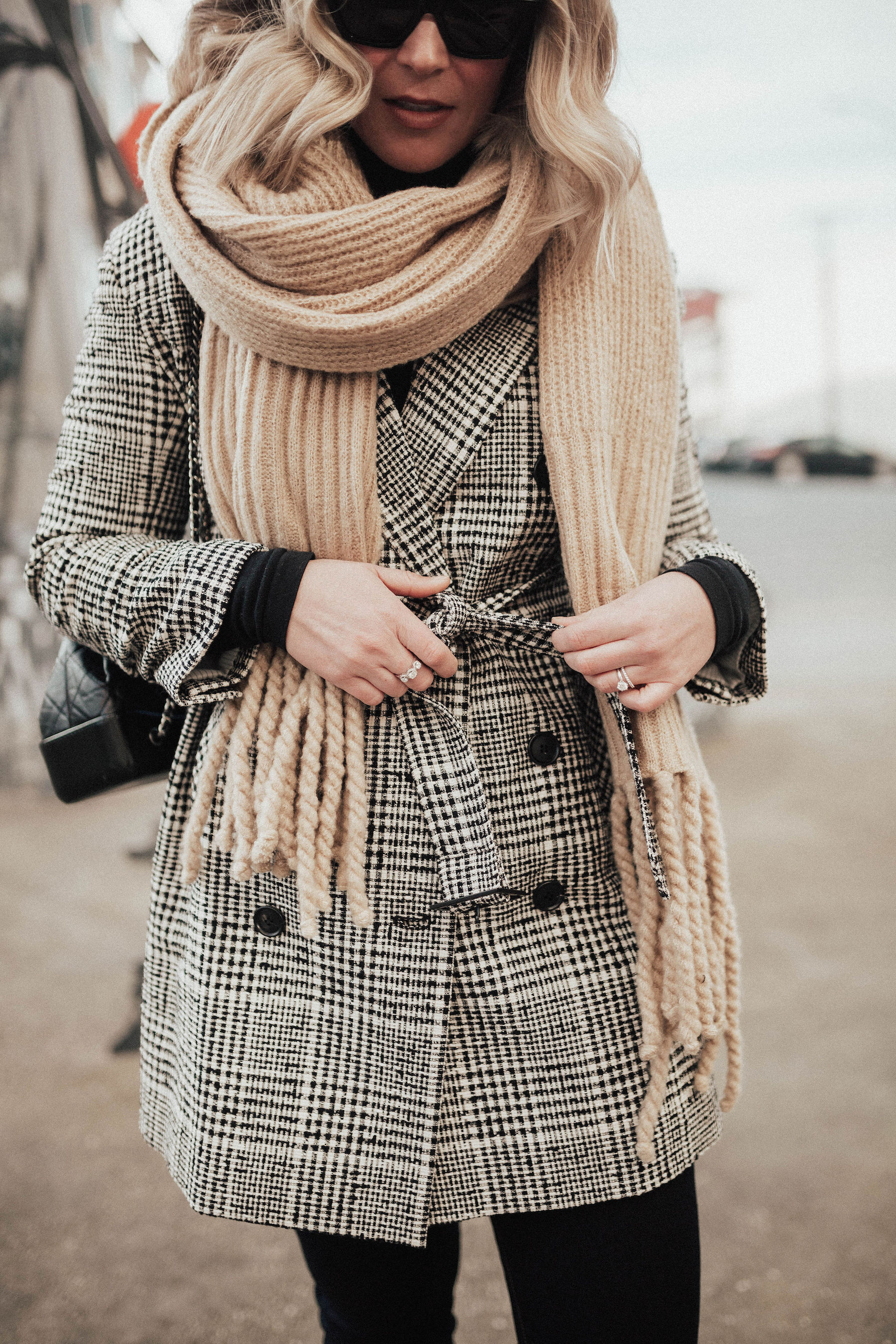 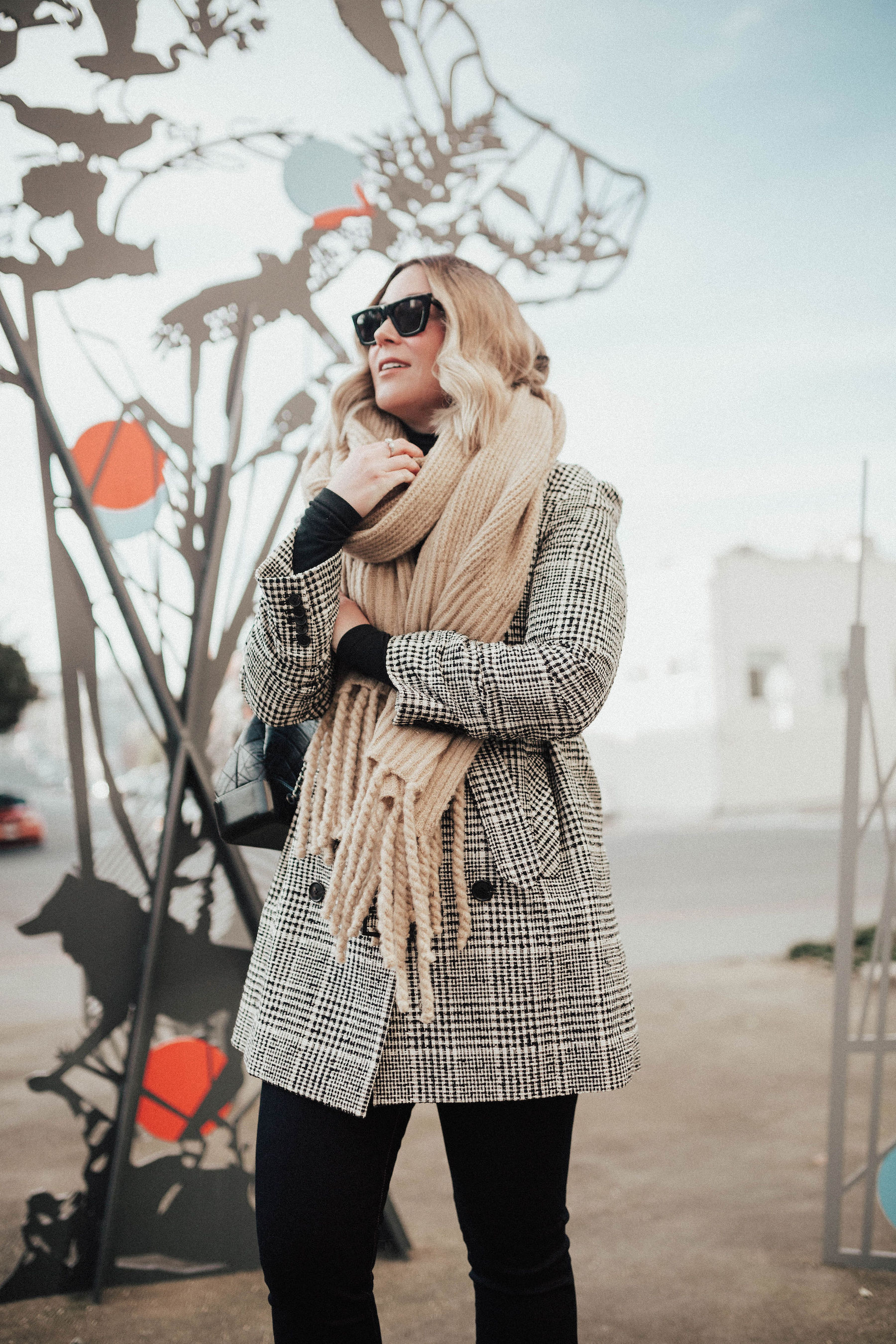 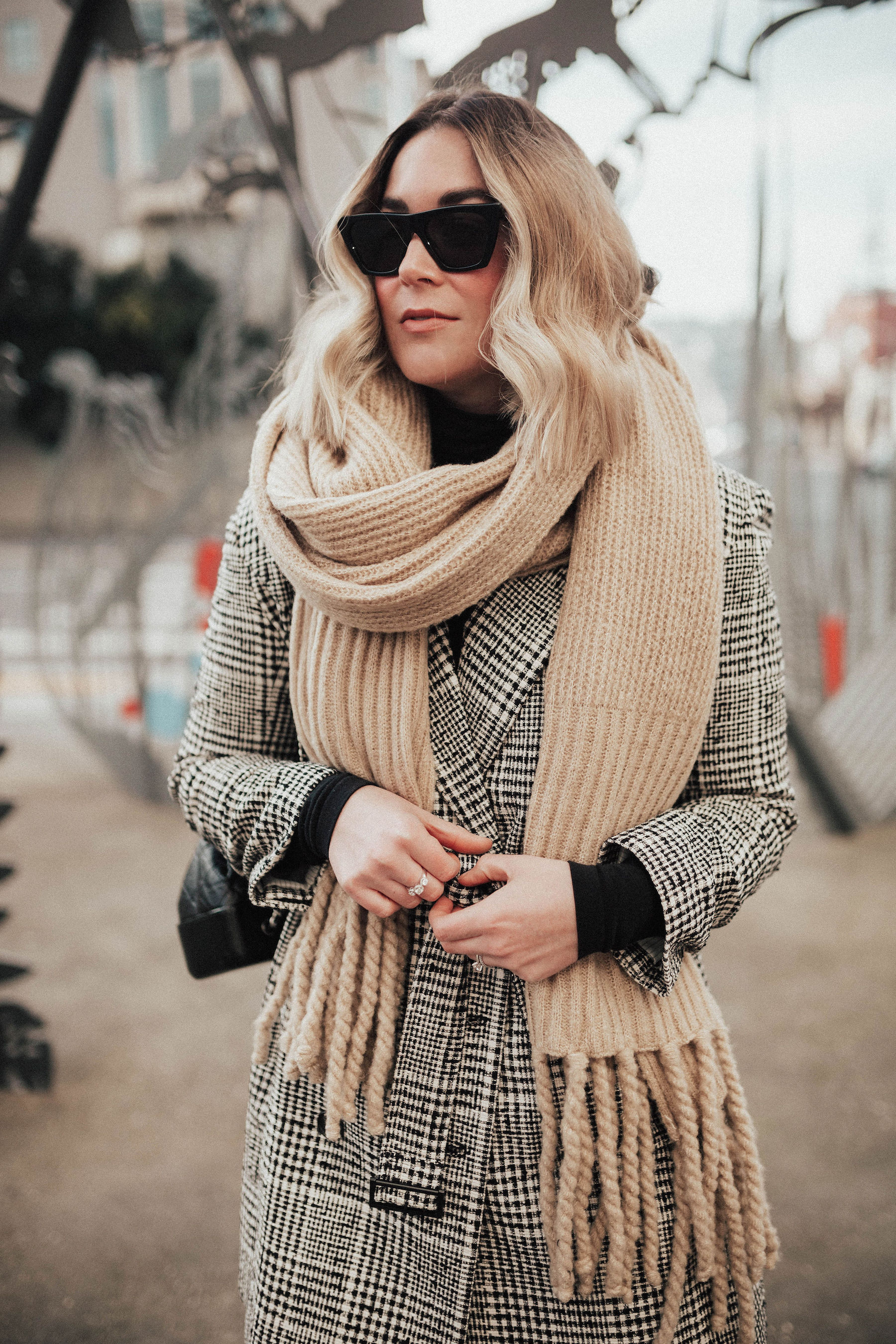 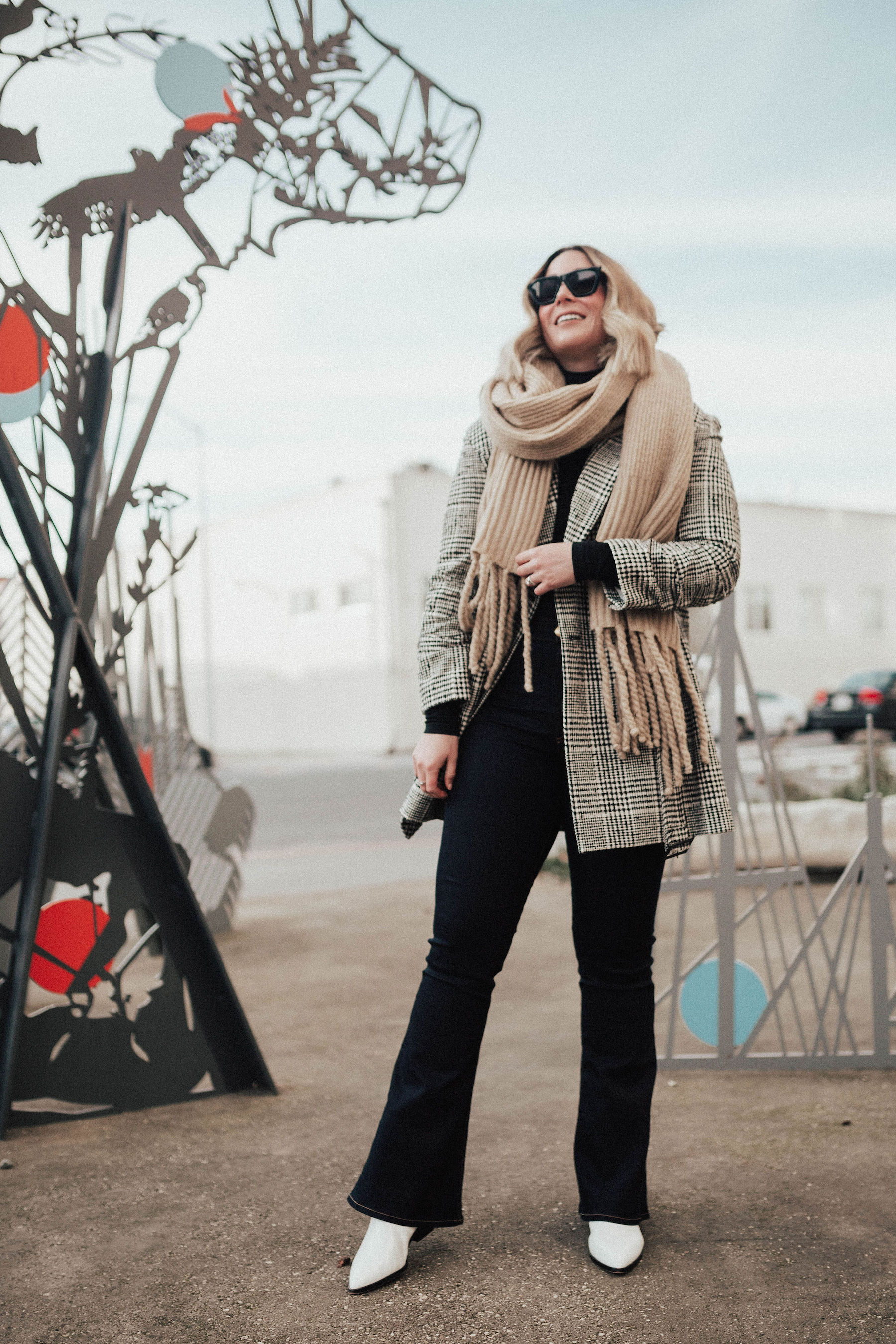 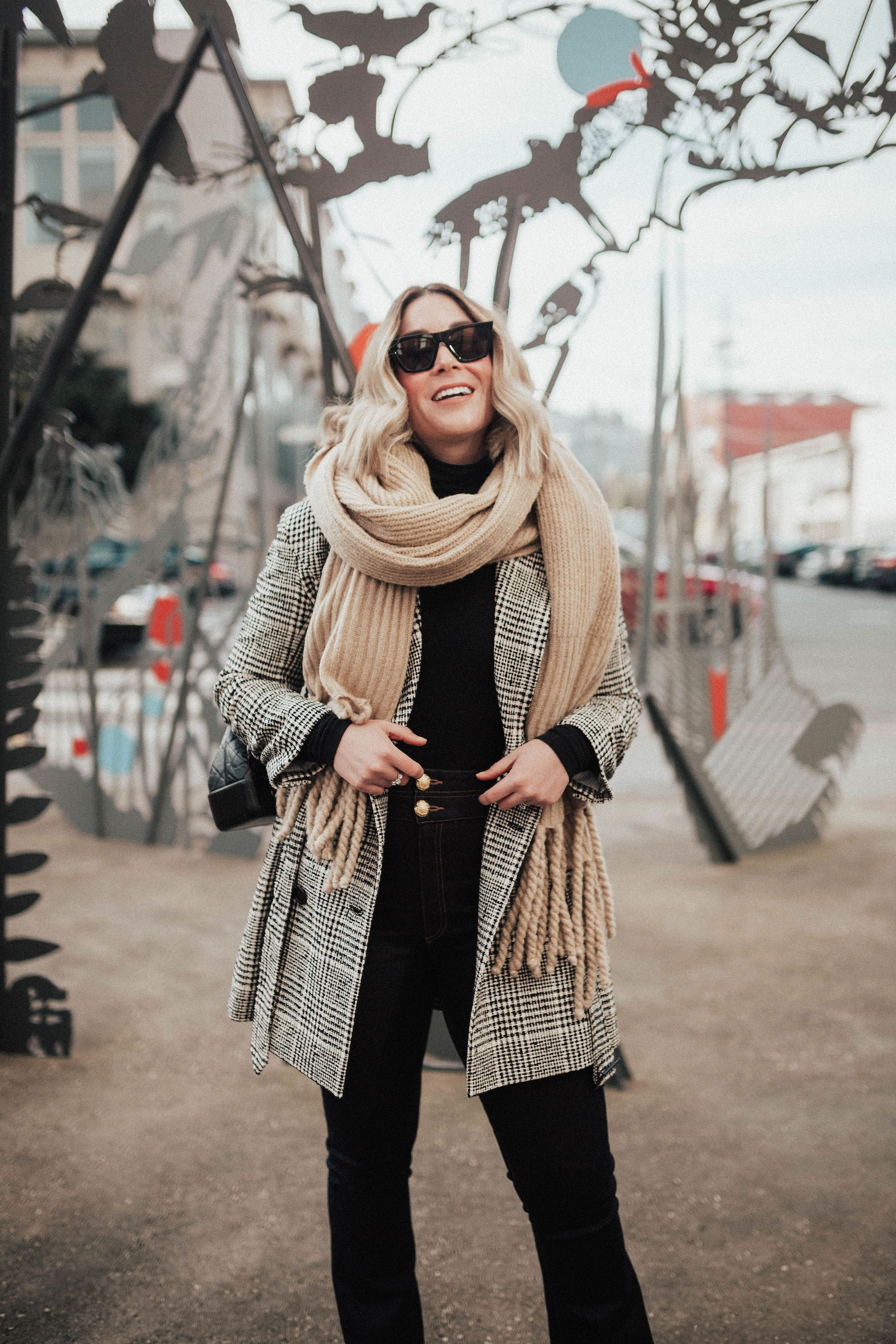 What does a blogger do when she’s having NYFW FOMO? Why binge watch everyone else’s Instagram stories and stalk every show of course! Just kidding, well kind of. Here’s the thing. I love NYFW. It’s fun, it’s exciting, and it’s truly fabulous to feel a part of something that you only ever dreamt of being a part of. I’ve gone to NYFW twice now and honestly, the first time I went, I couldn’t believe that I (me!!!) got to go. But let me tell you, NYFW is not as glamorous and effortless as it may seem. The amount of work and time that goes into trying to plan for shows, outfits, accommodations, and everything else is exhausting. It really is. As a micro influencer (aka someone that doesn’t have hundreds of thousands of followers), I have to really work to get into shows that I want to see and pitch meetings for myself when I know I’m going to attend NYFW. Don’t get me wrong. I love it. I really do. There’s a thrill to finding the perfect NYFW outfit (really, that’s the most fun part for me) and my heart still flutters when I see show invites pop up in my inbox. I’ve mentioned this before but I will never be that “too cool for school” blogger that thinks she is above everything and anyone else. First of all, that’s just not a good look on anyone. Second, why would I want to act that way and squash my real feelings of intense excitement and sometimes disbelief that I am following my day dream of being a part of one of fashion’s biggest event of the year?
The last time I was at NYFW in September, I remember feeling majorly turned off by the overall attitude of “we’re too good for this” or “everything is lame” attitude. Honestly, it was shocking to me. Beyond the group of girls that I was rolling with, it felt like so many bloggers were not only ungrateful for the incredible opportunities that they had worked hard to achieve but the insane level of competition between influencers was palpable. You could feel it when you walked into every single event and show. Maybe I’m just ultra sensitive to it, but to me it felt like everyone was sizing each other up upon arrival and the amount of shit talking behind people’s backs was crazy. Since when did fashion girls stop complimenting each other’s outfits and including each other at events? Instead of celebrating each other, it just felt like girls were competing for who got into what show or faking surprise when the girls they were talking to mentioned that they hadn’t been invited to the same shows (“OMG! I can’t believe you weren’t invited!”) when really they’re smiling feeling better than you. You could just feel the self despair sink in as girls around me, including myself, felt like they were less than compared to those around them. What it really felt like was girls diminishing the successes of others (which they should be PROUD of) to make themselves feel more successful. What a horrible feeling to experience, especially coming down from the high of feeling lucky just to BE at NYFW. I couldn’t help but be turned off by this negative shift in attitude, especially in an industry where I know these bloggers have worked very hard to achieve their dream careers. Why taint it with so much negativity and competition? I just don’t understand!
I would be lying if I said that I left NYFW feeling inspired and pumped about my place in the blogger community. To be honest, I have always felt insecurity around not feeling “good enough” within the world of influencers so to experience that feeling multiple times throughout my trip was enough to make me question my own successes, which is a really shitty feeling since most of the time I’m PROUD of the work I have put into this blog. Luckily, I was with a great group of women who are not only great friends but girls that actually want to succeed WITH their friends, not in spite of their friends. It was refreshing and comforting to have those girls around me when I started to question my place in this community. Don’t get me wrong, I would say the majority of the time I was at NYFW last season, I was having a blast and felt invigorated by NYC and my time spent there. It was so fun to meet people for the first time and see friends I don’t get to catch up with often. The experiences this last round were incredible and I am so thankful to have been a part of so many of them. Truthfully, it’s very hard for myself to compliment and recognize my accomplishments in my own head let alone voice these affirmations out loud to other people. I’m just not that kind of person. I love to talk about these things with my close friends and family but other than that, I often fall into the roll of the listener, which I’m fine with. I’m comfortable there. Sometimes I wonder if that prevents me from feeling more confident in an industry where you NEED confidence to feel “successful” but, as with many things, this is something I will work on in time and I’m okay with that. So even though I was feeling a bit of NYFW FOMO, I can confidently say that I was fine missing out this season.

meet the girl behind wfb